No rest for the wicked it seemed as we were up before the sunrise as we had been the entire trip thus far. After finding the hostels owner we left our home for the last 2 days, the El Champal de Cocachacra and began the predawn trip down the mountain to Chosica at 545. Having figured out confusing streets of downtown Chosica the night before we had a little easier time making our way to the FCCA depot arriving just after 6:30. We left our car at the station so the hired driver could pick us up later that evening and then went to check in for the days trip.

We were directed to our ride for the day, big red 1027, former NS C39-8 8627 which had been heavily modified in the FCCA shops here in Chosica to fit through the tunnels on the highest part of the line. We walked across the yard to begin what would be a very long but unforgettable day.

For those unfamiliar with the FCCA I have provided a map with this part of the line highlighted below for context. 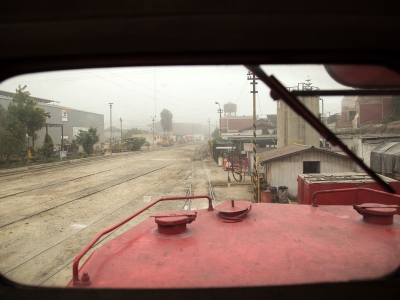 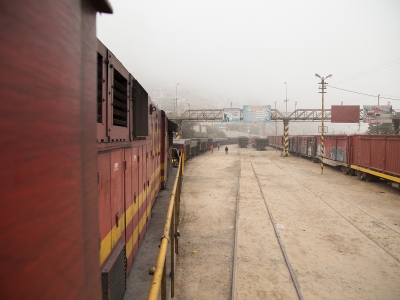 At 8:07 AM the big GE dug in and we began our trip up the mountain. The first part of the journey was not overly spectacular as we climbed through the busy outskirts of Chosica with the coastal fog still thick, the train passed right through the middle of rows of houses and the horn blared constantly to warn off people, cars and animals from the track. Below is a video which covers our journey up to Matucana. Unfortunately the camera worked perfectly fine during the less interesting parts of the journey but had recording issues that I would not figure out how to solve until after missing several very scenic parts of the trip. More links will be provided to skip to certain parts of the video throughout this post. 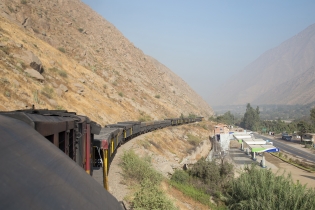 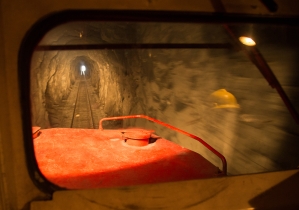 San Bartolome is the first switchback of the line and the only single ended switchback. As such the locomotives must be turned on the manually operated turntable and then run around to the opposite end of the train to continue the journey north. Video Link 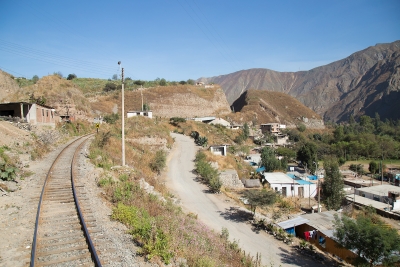 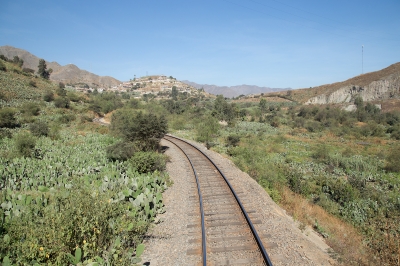 Approaching the town of San Bartolome proper. The fields are full of cacti, a common crop along this part of the line.

At KM 91 we reach the small yard of Balta, this yard is primarily used as overflow capacity for Matucana. Often trains will tie down here awaiting a new crew, in other cases trains will run south out of Matucana to leave cars and then run engine light back. Just past the yard is the Balta spiral tunnel, one of the newest features on the line. The tunnel was built in the 1980s to replace a broad horseshoe curve that was repeatedly destroyed by floods. Once the line exits the tunnel it will climb even further on a horseshoe curve gaining several hundred feet in a very short distance.

At KM 102 we arrive in Matucana, past here the line will become even more spectacular and we will climb 4 switchbacks between here and Galera. Trains with unmodified locomotives will stop here to swap locomotives but since our locomotive has been modified we will go straight through after waiting for an opposing southbound train and setting off a few cars as we are too long to fit on the switchbacks. 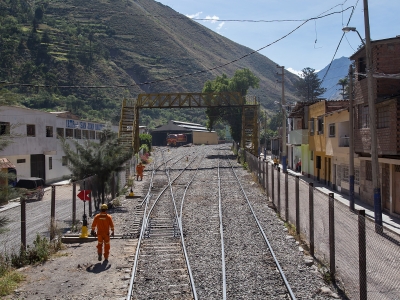 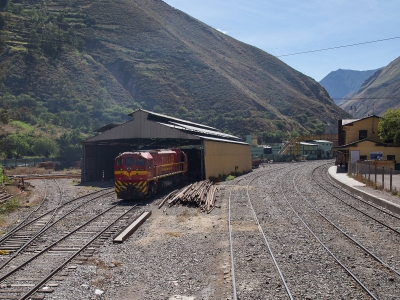 The next installment will take us over the famous switchbacks and into the heart of the Peruvian Andes in San Mateo.